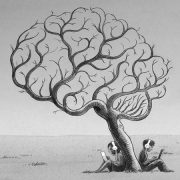 IN 1953 B.F. Skinner visited his daughter’s maths class. The Harvard psychologist found every pupil learning the same topic in the same way at the same speed. A few days later he built his first “teaching machine”, which let children tackle questions at their own pace. By the mid-1960s similar gizmos were being flogged by door-to-door salesmen. Within a few years, though, enthusiasm for them had fizzled out.

Since then education technology (edtech) has repeated the cycle of hype and flop, even as computers have reshaped almost every other part of life. One reason is the conservatism of teachers and their unions. But another is that the brain-stretching potential of edtech has remained unproven. ( https://www.economist.com/news/leaders/21725313-how-science-learning-can-get-best-out-edtech-together-technology-and-teachers-can) 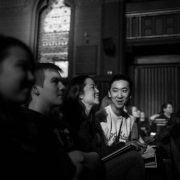 NEW HAVEN — On Jan. 12, a few days after registration opened at Yale for Psyc 157, Psychology and the Good Life, roughly 300 people had signed up. Within three days, the figure had more than doubled. After three more days, about 1,200 students, or nearly one-fourth of Yale undergraduates, were enrolled. 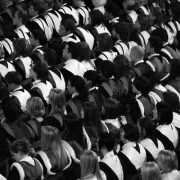 The number of foreign students applying to UK universities has risen beyond 100,000 for the first time, as UCAS figures suggest that Brexit has not deterred EU students from studying in the UK.